The Application of Ozone in Drinking Water

Drinking water pollution has always been a universal concern worldwide, and China's water pollution is particularly serious. According to the survey, most of the 745 state-controlled sections of earth's surface water in the country do not meet the Class III standard, and more than 90% of the river sections flowing through cities are seriously polluted. At the same time, the centralized drinking water sources in cities and towns across the country have pollutants exceeding the standards, and nearly 300 million rural people are drinking substandard water. Groundwater pollution is even more serious. Taking the Beijing-Tianjin-Tangshan region as an example, there are more than 100 types of organic pollutants in groundwater. The problem of groundwater pollution in Beijing is even more prominent. Even for the tap water of municipal pipelines, secondary pollution often occurs, water pollution has formed a greater threat to the health of residents. According to the 2003 China Geological Environment Bulletin, 31 provinces, autonomous regions, and municipalities across the country have endemic diseases related to drinking water quality.

Judging from the drinking standards of tap water, China is still at a relatively low level. At present, water plants still use the four-stage water purification process, which we have been using for more than 200 years ago to remove suspended matter and pathogenic microorganisms in the source water. The main purpose is coagulation, precipitation, filtration, and chlorine disinfection, simply processing river water or groundwater into drinking water. Adding chlorination to tap water can effectively kill germs, but at the same time, it will produce more halogenated hydrocarbon compounds, which is the root reason for human suffering from various gastrointestinal cancers. Therefore, a more efficient water treatment system is needed to improve the quality of drinking water and ensure the health of drinkers.

The use of ozone wastewater treatment and disinfection has a long history of one hundred years. It has been widely used in developed countries such as the United States, France, etc. Now, ozone disinfection and treatment is a very important solution for the optimization of drinking water treatment in China.

"Traditional physical and chemical treatment methods, such as flocculation, filtration, and oxidation, often cannot ensure the safety and quality of drinking water. The chlorination method used in drinking water treatment plants is not sufficiently effective in killing viruses. Using low-dose ozone can completely control the virus." "Ozone is very suitable for drinking water treatment. As one of the most efficient oxidants, ozone can also directly eliminate impurities and pollutants, and remove colors, odors and microorganisms. And there are no harmful by-products or residues generated." 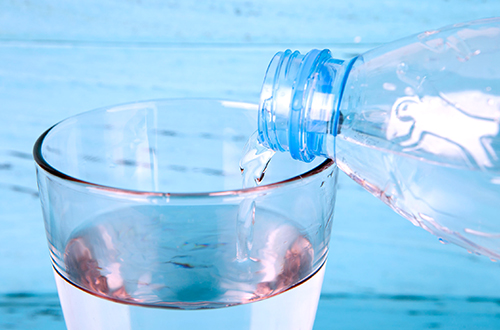 Hormonal substances, chemical raw materials, pesticides, pharmaceuticals and cosmetics are constantly penetrating earth’s surface water, groundwater and drinking water due to the limitations of traditional treatment technologies. The application of ozone technology in sewage and drinking water treatment plants can effectively reduce these substance. It is said that the negative effects of hormones, chemical raw materials, pesticides and other substances on the hormonal system of fish in earth’s surface water have been reported, but it is still uncertain whether these substances are related to the overall decline of human fertility and the development of young male sexual organs.