Overuse and Misuse of Freshwater Resources

Around 71 percent of the earth's surface is covered with water. This massive quantity of water is hard to visualize. The total water resources of the earth equal roughly 326 million cubic miles, with each cubic mile equal to around 1 trillion gallons of water.

For four years, World Economic Forum (WEF) Global Risk Reports have identified water as one of the three most important challenges worldwide. Now, it has moved to the top challenge for the first time, which is the biggest societal and economic risk for the next ten years.

The report assesses risks that are global in nature and have the potential to cause significant negative impact across entire countries and industries.

From lawns to flood irrigation, here are three ways that people waste water and some ways to reduce that waste.

1. The Water Used for Lawns

Lawns are one of the thirstiest water hogs in cities and towns. While lawns may be appropriate in some areas, most green expanses aren't made of local grasses adapted to grow in the area. And the vast majority of manicured front yards require hefty watering to flourish.

As cities tighten their belts, some areas may require residents to water lawns less frequently or forgo lawn-watering altogether. In particularly arid regions, that may mean a lawn of cacti or rocks, whereas other areas may rip out the water-hungry grass species, such as St. Augustine, and replace them with mixtures of native grasses that guzzle less water. As a bonus, many of these native grasses are softer and less itchy than the old standbys. 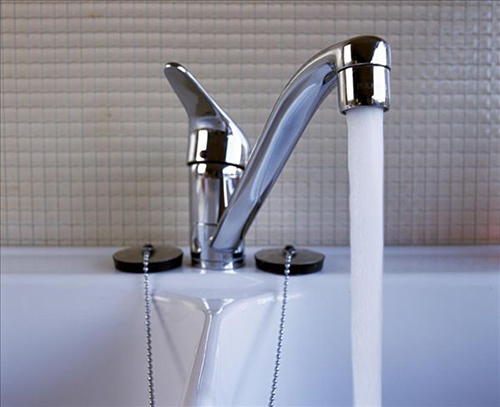 2. The Water Used for Irrigation

Agriculture uses about 70 percent of the available freshwater on the planet. Around the world, most farming relies on flood irrigation — where fields are drenched with water and the excess water runs off into nearby streams and rivers.

But flood irrigation wastes tons of water and can pollute waterways with fertilizers, creating dead zones in the ocean (where oxygen is used up and not available for marine creatures) and contributing to algal blooms, which can be toxic to marine life.

Some regions, such as Israel, have moved to highly efficient drip irrigation, which directs water right onto the roots of the plant. But such systems are expensive to implement and don't work for all crops, so many regions will probably shift toward intermediate solutions such as sprinklers, which produce less waste runoff, and cover crops to prevent water evaporation.

3. The Water Flushed Down the Toilet

While that water isn't really suitable for a big glass of water (unless you're on the International Space Station), most of it can be used to water crops, freeing up freshwater for drinking. Currently, the United States treats 70 percent of its wastewater, but only uses 4 percent of that amount. Increasing the wastewater treatment and usage would provide more water for everyone.