How is Ozone Used in Water Treatment?

Almost all industries use the corona discharge method to produce ozone. The ozone produced in this way is suitable for the preliminary sewage treatment. This kind of sewage contains pollutants such as sodium alkylbenzene sulfonate, tar, COD, BOD, sludge, and ammonia nitrogen. It is also suitable for treating sewage containing Fe2+, Mn2+, cyanide, phenol, hydrophilic dyes, bacteria, etc. As water resources are becoming fewer and fewer, industrial and urban domestic sewage is often reused after treatment, so it requires the improvement of wastewater treatment technologies. Using ozone for advanced wastewater treatment can remove various impurities in the water, so as to meet the reuse standard.

Using ozone to treat hospital sewage can cut off the infection source. The ozone can kill all the viruses within a few minutes, which is 200 to 3000 times faster than equivalent chlorine.

The urban sewage treatment system has also begun to use large ozone generators for sterilization, disinfection, deodorization and decolorization. 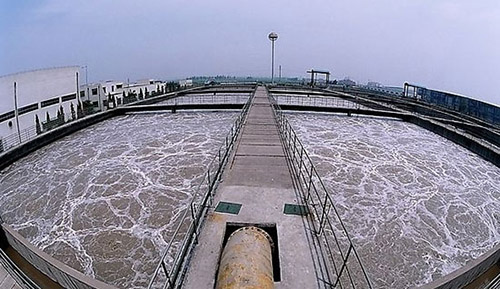 In the circulating cooling water, the water needs to be deeply treated. Ozone can remove impurities that form dirt, preventing the pipeline from blocking. Of course, in order to achieve this goal, the ammonia must be removed first, otherwise its reducibility will decompose the residual ozone, which is not conducive to maintaining the oxidation efficiency of ozone. Generally, the residual ozone should be kept at about 0.5mg/L.

At present, only the United States applies ozone to treat circulating cooling water, and other countries including China are still in the experimental stage.

Ozone disinfection and sterilization does not have any residues harmful to the human body, which is very effective in purifying water at home. And it has become a popular drinking water treatment technology.

The earth's surface water contains various bacteria and viruses. After the earth's surface water is deeply treated with ozone, it can basically reach the standard of high-quality drinking water. Experiments have shown that when the ozone concentration in water is 0.4ppm, all bacteria and viruses can be killed in just one minute, and it kills viruses faster than bacteria. The quality of drinking water that has undergone advanced ozone treatment is high, which can prevent microorganisms from growing in the pipeline and protect human health. If only UV disinfection is used, the disinfection and sterilization is not complete, but ozone can completely solve the problem. If ozone is combined with ultraviolet to disinfect drinking water, the effect is better than using just one method alone, and it can also save energy.

4. Application in Other Water Treatment

To supply water to the subdivisions, ozone must be used for disinfection and sterilization. Only in this way can the drinking water be kept in a sterile and oxygen-rich condition at all times.