How is Ozone Produced in Nature?

Ozone water has won the recognition of more and more people and is widely used in all aspects of life. At the same time, ozone water treatment, ozone generators, and ozone water sterilizers are also developing faster and faster. So what is ozone? How is ozone produced and what are its effects?

Ozone has existed on the earth for hundreds of millions of years and is closely related to the birth of living things. Because of the accumulation of oxygen on the earth, ozone can be gradually produced. Based on the above-mentioned circumstances, ozone is said to be an endless resource due to the ever existence of oxygen. The structure of the earth and the universe are beyond our imagination. In fact, ozone cannot accumulate on the earth.

1. How is Ozone Produced

Ozone is mostly distributed in the atmosphere 20Km-50Km above the ground, which we call the ozone layer. The ozone in the ozone layer is mainly produced by ultraviolet rays. As we all know, the ultraviolet rays in the sun's rays are divided into long-wave and short-wave. When the oxygen molecules in the atmosphere (containing 21%) are irradiated by short-wave ultraviolet rays, the oxygen molecules will decompose into atomic states. Oxygen atoms are extremely unstable and easily react with other substances. For example, it reacts with hydrogen (H2) to produce water (H20), and reacts with carbon (C) to produce carbon dioxide (C02). Similarly, when it reacts with oxygen molecules (02), ozone (03) is formed. After ozone is formed, because its specific gravity is greater than that of oxygen, it will gradually precipitate to the bottom of the ozone layer. As the temperature changes (rises) during the precipitation, the ozone becomes more and more unstable. When it is again irradiated by long-wave ultraviolet rays, it reduces to oxygen. The ozone layer maintains this dynamic balance of the mutual conversion of oxygen and ozone. 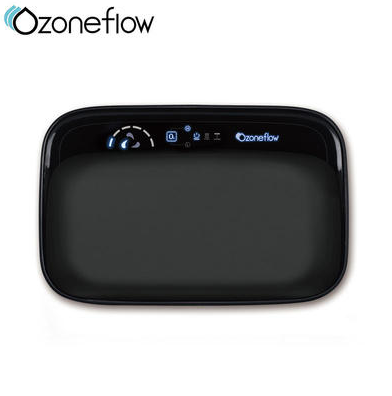 How much ozone is there in such a vast universe? It is estimated to be less than one hundred thousandth of the atmosphere. If all the ozone in the atmosphere is concentrated, there is only a layer that is three centimeters thin. So, is there any ozone on the earth surface? The answer is yes. About 1% of the sun’s ultraviolet rays reach the ground, especially in the forests, mountains, and coastal areas where the air pollution is relatively light. Where there are more ultraviolet rays, and there is relatively richer ozone.

In addition, the effect of lightning also produces ozone, which is distributed on the earth surface. Because of this, people feel the air refreshed after the thunderstorm, and people are also willing to go to the forests, mountains, and coasts in the suburbs to breathe the fresh air, enjoy the natural beauty, and refresh their body and mind. This is the effect of ozone, so some people say that ozone is a clean and refreshing gas.

2. The Role of the Ozone Layer