Ozone water is a mixture of ozone and water, which is an extension and development of ozone disinfection applications. Compared with ozone gas, ozone water has a faster and stronger sterilization effect, and it decomposes quickly without leaving any residue. At the same time, the demand for ozone water treatment is increasing, and ozone water purifiers have also been greatly developed. Ozone water has been widely used and developed in the food industry, and has widely replaced traditional peroxyacetic acid, chlorine dioxide, hydrogen peroxide, ethanol and other traditional disinfectants. Today we will mainly introduce the application of ozone water in daily life.

Kitchen utensils, tableware, children’s toys, underwear, etc., are places where bacteria can breed in large numbers and can transmit many kinds of bacteria. Washing and soaking them with ozone water can thoroughly sterilize and disinfect bacteria, and can inhibit the growth of various microorganisms to achieve disinfection . At the same time, it improves the cleaning effect.

Studies have proved that ozone also has a good beauty effect. Nowadays, some beauty equipment in the market uses ozone-containing steam to fumigate the skin, that is, “steaming ozone”. Frequent washing your face and hands with ozone water can also improve dry, pale, lack of luster, wrinkles, and acne skin, make it tender and smooth, and delay skin aging. 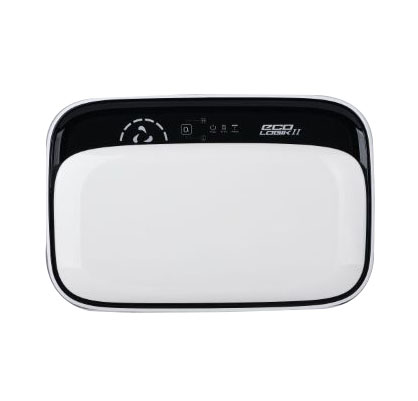 The transportation and storage of fruits and vegetables has always been an urgent problem to be solved. It is reported that 30-40% of vegetables in China become garbage due to improper storage and transportation and partial backlog each year. Ozone and negative ions have an excellent function of keeping fruits and vegetables fresh. Therefore, the use of ozone technology can greatly extend the freshness and storage time of fruits and vegetables, and expand the scope of their outbound transportation. In addition, ozone technology can also be used for sterilization and disinfection in clean vegetable processing. Japan has developed a system that uses ozone water to automatically sterilize vegetables. According to its research, compared with the sodium hypochlorite currently used for vegetable sterilization, low-concentration ozone water sterilizes quickly and efficiently without producing secondary pollution. By comparing the bactericidal effects of ozone water with sodium hypochlorite on subtilis bacteria, it is found that the bacteria have not been killed after 2 minutes of sterilization with sodium hypochlorite with a concentration of 50ppm, while 99.9% of the bacteria are killed with 5ppm ozone water for 20 seconds. Ozone water can kill most of the bacteria in vegetables. At the same time, ozone water can effectively oxidize pesticides on the surface of vegetables and fruits, reducing pesticide residues and protect human body.

In recent years, water consevation and protection have become a hot spot in the world. According to the analysis of hydrographic geographers, the fresh water on the earth may not be enough to feed the entire human race in the future. The main reasons for the water crisis are waste, pollution, uneven water distribution and irrigation, of which about 550 million cubic meters of water per year are polluted. As a high-efficiency bactericidal and antidote, ozone has naturally attracted many scientists to research and apply it to the water pollution treatment and industrial water conservation. Studies have shown that the use of ozone combined with ultraviolet radiation can oxidize and decompose toxic hydrocarbons in industrial waste water, while removing heavy metal ions. This method has achieved a 95% purification rate in waste water treatment in the dye industry, which is 25% higher than the traditional method. The treated industrial sewage can be recycled, which avoids water pollution and saves industrial water. In developed countries, ozone technology has also been applied in drinking water treatment and seawater desalination.

In addition to these fields, ozone technology is also applied in aquaculture, fishery, agriculture, food processing industry and other fields.

In order to better apply ozone technology to daily life, our company specializes in the production of ozone water filters, ozone generators and ozone water disinfectants. For your healthier life, please contact us.